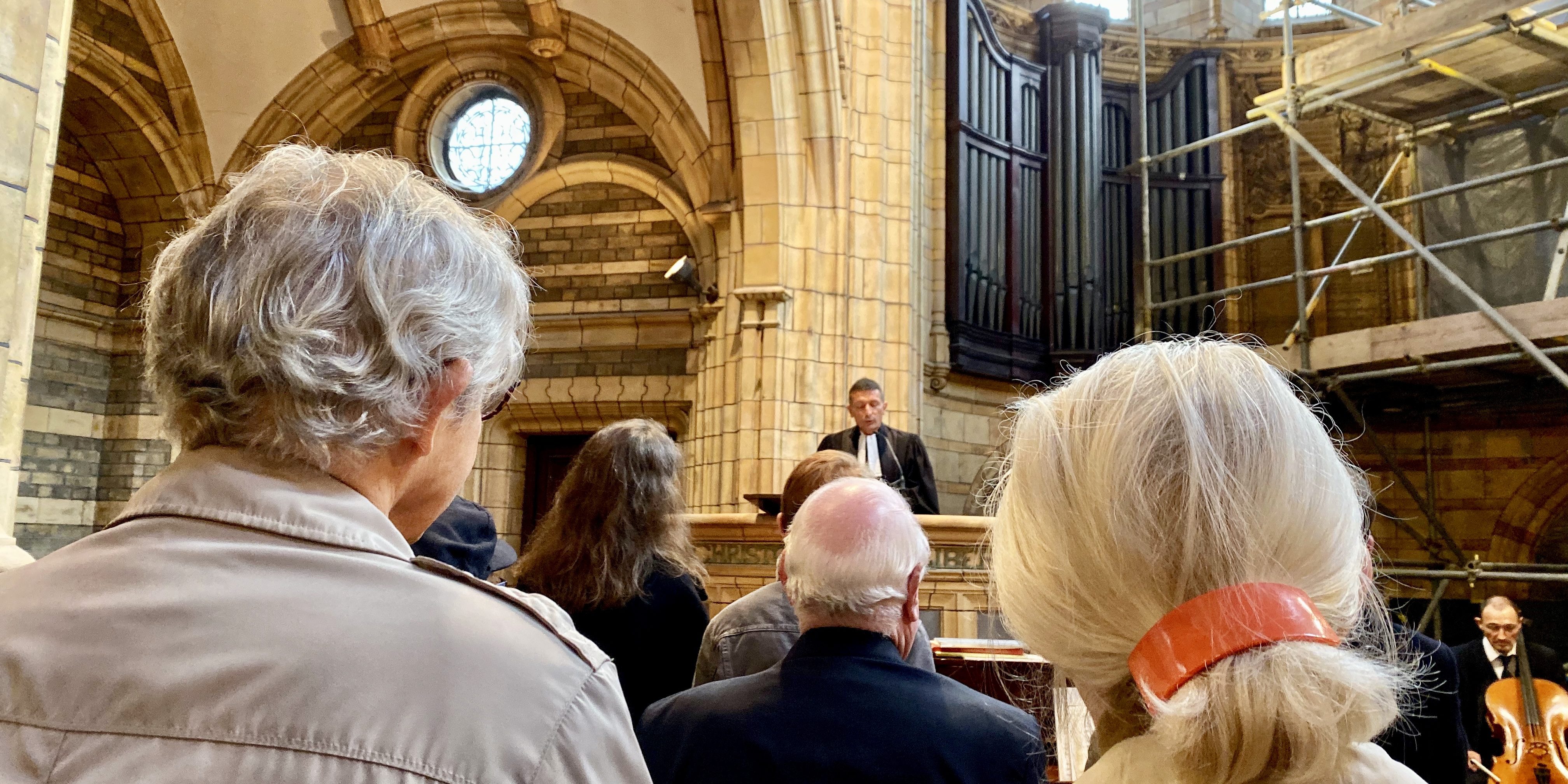 On November 10th in Soho, the veterans associations kindly joined the French protestant community in London on this occasion of remembrance and contemplation.

Mr Guillaume Bazard, French General Consul in London, with his wife and children, and Mr Olivier Cadic, Member of the French Senate for the French citizens established outside France, honoured us with their presence. We have also been very touched by the presence of Barbara Julien, President of the Huguenot Society of Great Britain and Ireland, and her husband, as well as our friends of the Swiss Church.

Pastor Stephane Desmarais focused in his sermon on the importance of helping make the Reign of God a reality in this world. Questioning the meaning of Death, of the sacrifice of those who fell to defend us, cannot be separated from questioning the meaning of Life. It is the life we lead, the values we defend, our commitments and our relationship with our fellow humans, which provide meaning to the death we all face. Because we are in the “already and the not yet” of this Reign of God in perpetual extension, we can find on this earth many hells in which millions of innocent men, women and children are unfairly persecuted. It is down to us, who are fortunate enough to live free and happy, to fight this endless fight for these earthly hells to give way to the Kingdom of God.

Bénédicte Fougier, President of the Consistory, focused on the very special and tight relationship between the Soho Church and the armed forces during the second world war, in particular through its pastor, Franck Christol, who was a chaplain of the Free French Forces.  She read the words of First Lieutenant Verdier, member of the Free French, which were published in November 1942 in the Church’s newspaper: “For France to live, to save our children and all those who will come after us the horror, humiliation, and deprivation of all kind which has descended upon us, we are ready as well to leave this life, but let it not be in vain. Let the sacrifice of all these lives differ from that of our elders, those of 1914-1918, so quickly forgotten”.

In our Church in renovation, Fauré’s music, among others, has further enlivened this beautiful service. We offered the money collected at this service to the Fondation des Bleuets de France.