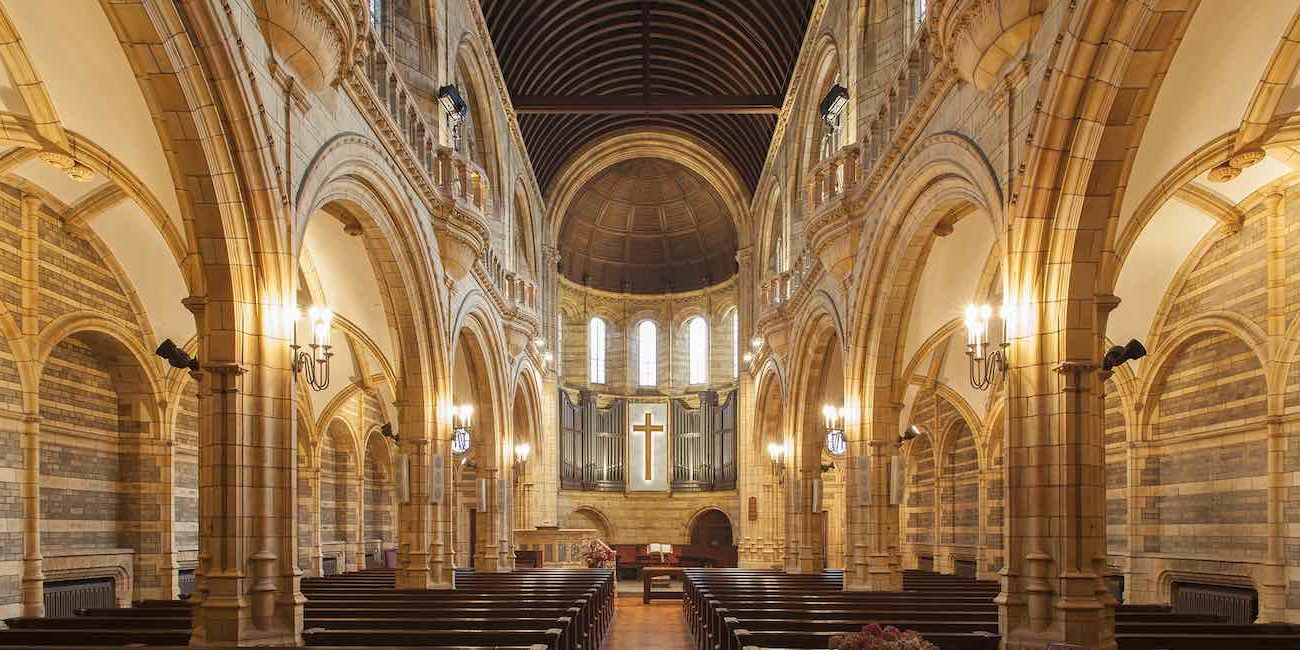 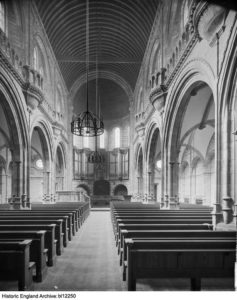 ©Historic England Interior view of the north end of the French
Protestant Church, looking towards the organ in 1893

The move announced on 23rd August was made by the Secretary of State for Culture, Media and Sport on the advice of Historic England.

The upgrade to Grade II* means the site is particularly important as opposed to just of special interest which the Grade II listing means.

Done at the occasion of the 500th anniversary of the Reformation, its comes at a particularly important time for the church, as an ambitious renovation project has been launched to ensure its future.

It highlights both the historical and architectural importance of the French Protestant Church.

Historic England emphasizes the uniqueness of the Church as the “last French Protestant church in Britain” and underlines a “striking and very unusual church design, by a distinguished architect [sir Aston Webb]”, the quality of the Library “which retains its original fittings, built to house the church’s historic collections” and the “extensive and very effective use of architectural terracotta, both externally and internally”. 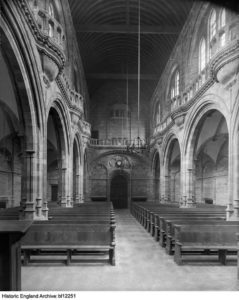 ©Historic England Interior view of the south end of the French
Protestant Church, looking towards the door in 1893

The French Protestant Church was originally listed at Grade II in 1970.

The Consistory of the Church submitted the application to upgrade the building to Grade II* last year.

The rest of the listing description can be found on Historic England website. 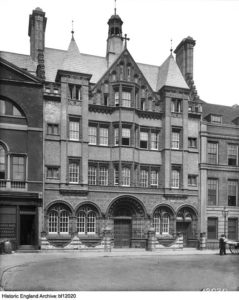