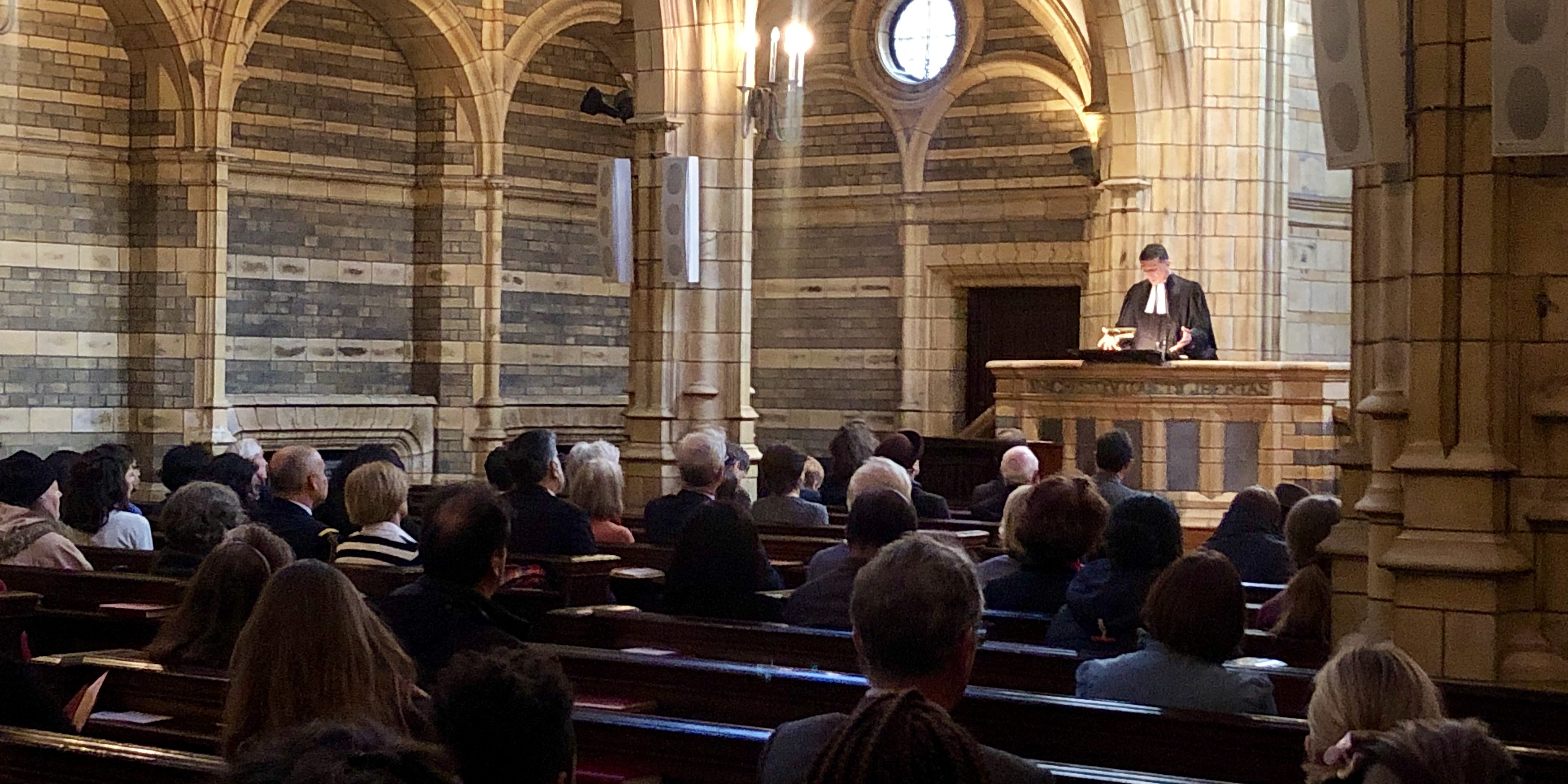 On November the 11th in Soho, a service of remembrance took place in the presence of the veterans’ associations.

Mr. Guillaume Bazard, Consul General, accompanied by his wife and his children and Mr. Olivier Cadic, senator for French citizens living abroad, made the kind gesture of joining us.

Pastor Stéphane Desmarais preached on the duty of memory and its status in the Bible as an injunction given to the people of Israel, injunction rooted in the remembrance and reenactment of specific situations.

Conference ‘Religion and Atheism, beyond the divide’
3 June 2019

Listen to a short history of our Grade II* building and its Huguenot roots
31 January 2019
Thèmes du blog
Archives
Abonnez-vous à ce blog par e-mail.
Derniers articles
Registered charity n°1070623 - © French Protestant Church of London - All rights reserved - Webdesign: agnesdew.com - Login
Go to Top
We use cookies to ensure that we give you the best experience on our website. If you continue to use this site we will assume that you are happy with it.Ok